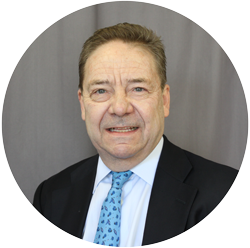 Mark Pastin has advised major corporations and government bodies worldwide since 1973. His book The Hard Problems of Management; Gaining the Ethics Edge (Jossey-Bass: 1986; NTT Publications-Japan: 1994) has won awards in the United States, Brazil, Australia and Japan. Dr. Pastin has authored over 100 articles and books.

Dr. Pastin serves on several corporate and non-profit boards. He is recognized in Who’s Who in America, Who’s Who in Finance and Industry and Who’s Who in the World. Dr. Mike Walker serves as Senior Vice President, Risk Management after previously serving as the Chief Audit, Compliance and Ethics Officer for the University of Connecticut (UConn) and the UConn Health Center. His oversight responsibilities at UConn included all aspects of the regulatory environment to include health care delivery, privacy, and research. Mike’s prior assignment was with Wake Forest University where he had similar responsibilities.

Dr. Walker received his Ph.D. from the University of North Carolina at Greensboro with a dissertation focused on regulatory stress in academic medicine. Mike also holds masters degrees from Central Michigan University and Appalachian State University. Mike is also a graduate of the Army’s Staff College and is a certified as an Army Inspector General and Certified Fraud Examiner (CFE). Mike is well know nationally, presenting at numerous conferences and authoring multiple articles focused on the risk assessment/risk management process. Lynn M. Barrett, Senior Vice President, Legal Affairs, Health Ethics Trust and Compliance Resource Group, Inc., is an experienced healthcare attorney with expertise in matters involving federal and state healthcare laws and regulations. Most recently, Lynn served as General Counsel to one of the largest public health systems in the United States.  Previously, Lynn served as Senior Vice President and Chief Compliance and Ethics Officer for a large multi-facility academic medical system. Lynn has also held senior positions in various national and regional law firms.  In these in-house and law firm positions, she has worked on a wide array of legal and compliance issues. She is Adjunct Professor for Hofstra Law School’s Online health law program. She holds leadership positions in the American Bar Association Health Law Section and the American Health Lawyers Association. Lynn received her J.D. degree from New York University School of Law in 1991 and her B.S. from Carnegie-Mellon in 1986. Ms. Barry received her BA degree from Rosemont College and MBA from the University of Phoenix, where she has since been named Outstanding Alumni. She is a graduate of the Greater Tucson Leadership Program. In 1999, she achieved the designation Certified Compliance Professional. Jim Neal serves as Senior Advisor for Compliance Program Assessments and Certifications. Prior to joining HET, Jim was Chief Compliance Officer for Millennium Labs. He is recognized as an industry leader, serving in top management compliance positions for over 17 years. Jim has a proven track record in developing and directing highly successful compliance functions capable of promptly detecting or preventing risk issues for health care providers, clinical laboratories and medical device manufacturing organizations. He is knowledgeable on matters relating to compliance with pertinent state, federal and international laws and regulations to include HIPAA, Stark, Anti-kickback, and Civil Monetary Penalties Statute, FCPA, AdvaMed, EucoMed and state reporting requirements.

Prior to becoming CCO at Millennium Labs, Jim worked for Carefusion in 2009, Palomar Pomerado Health System from 1999-2008 as Director of Corporate Compliance and Integrity. He retired from the United States Navy in 1990 as Lieutenant Commander, designator, Special Operations Officer. Jim served for over 24 years active duty, including three combat tours of duty in Republic of Vietnam. From 1994 to the present, Mr. Quinn has undertaken examination efforts on behalf of the Arizona Department of  Insurance and Georgia Department of Insurance.  Mr. Quinn has also  conducted market conduct examinations on behalf of United Healthcare,  United Healthcare of Georgia, Principal Life Insurance, The  Travelers, New York Life, Northwestern Mutual Life, The Equitable,  AIG and many other insurance companies and health plans. He has also conducted Conflict of Interest audits for a QIC Medicare program. Prior to joining BCBSM, Wendy was Legal Services Coordinator for Community Living Services, Inc., a Detroit-area human services agency that provides supports for persons with developmental disabilities, and for many years was a Medical Technologist in the clinical laboratory of a busy Detroit area hospital.

Wendy received her Bachelor of Science degree from Michigan State University and her Juris Doctor from University of Detroit Mercy School of Law. She has been a licensed attorney in the State of Michigan for over twenty years. She has served on Health Ethics Trust’s Education Committee since 2011, completed the Compliance Program Assessors course in 2012 and has participated in a number of compliance program reviews since then. She attained the Certified Compliance Professional designation in 2013.

Use the Contact Us button below and we’ll be happy to answer your questions, or call us directly at 703-683-7916.
Contact Us